Everyone is made to forget their cares and to sing and dance
By the air which is tempered with pleasure
And (by) the season that invites so many, many
Out of their sweetest slumber to fine enjoyment.

The second movement is an Adagio molto. The chromaticism is surprising. It makes us think of later examples, such as Wagner's famous Prelude to Tristan and Isolde.

We will begin by discussing two patterns that recur in the adagio. We will call the first one 7 - 42 or red pattern. We first encounter it in measure 131:

This pattern is repeated three times (marked with red boxes): 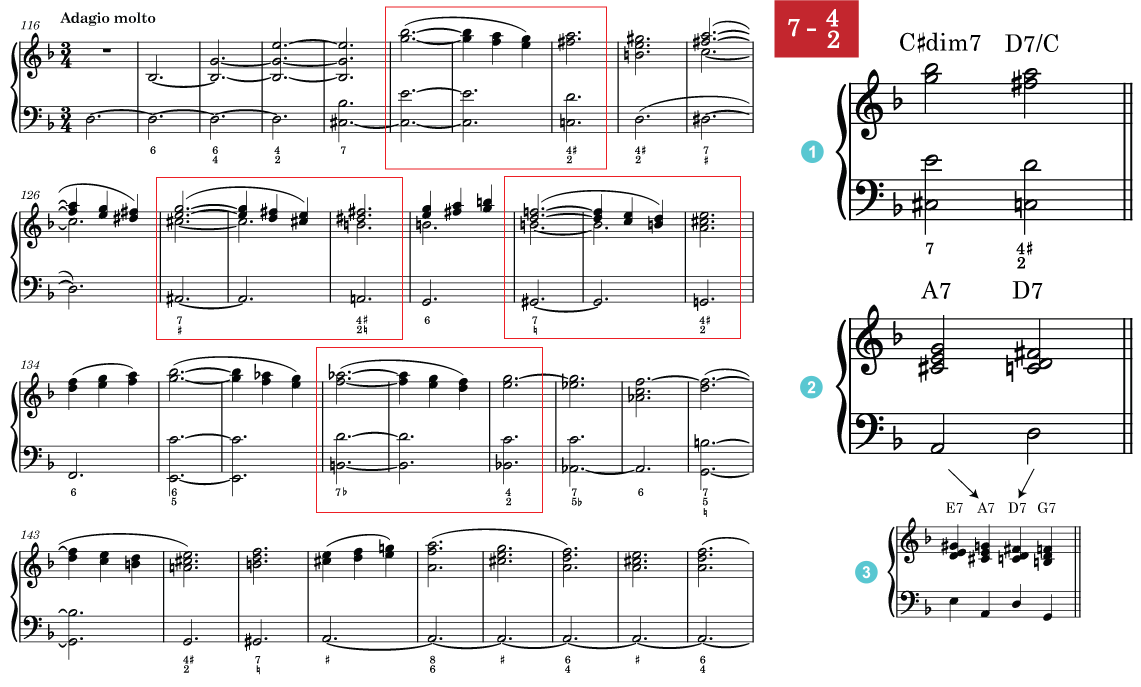 We find a second pattern that we will call pattern 7 - 7 or blue pattern.

This pattern is repeated only once (marked with blue boxes). When repeated, the first chord is a dominant instead of vii degree (V dominant of F, instead of E, vii of F): 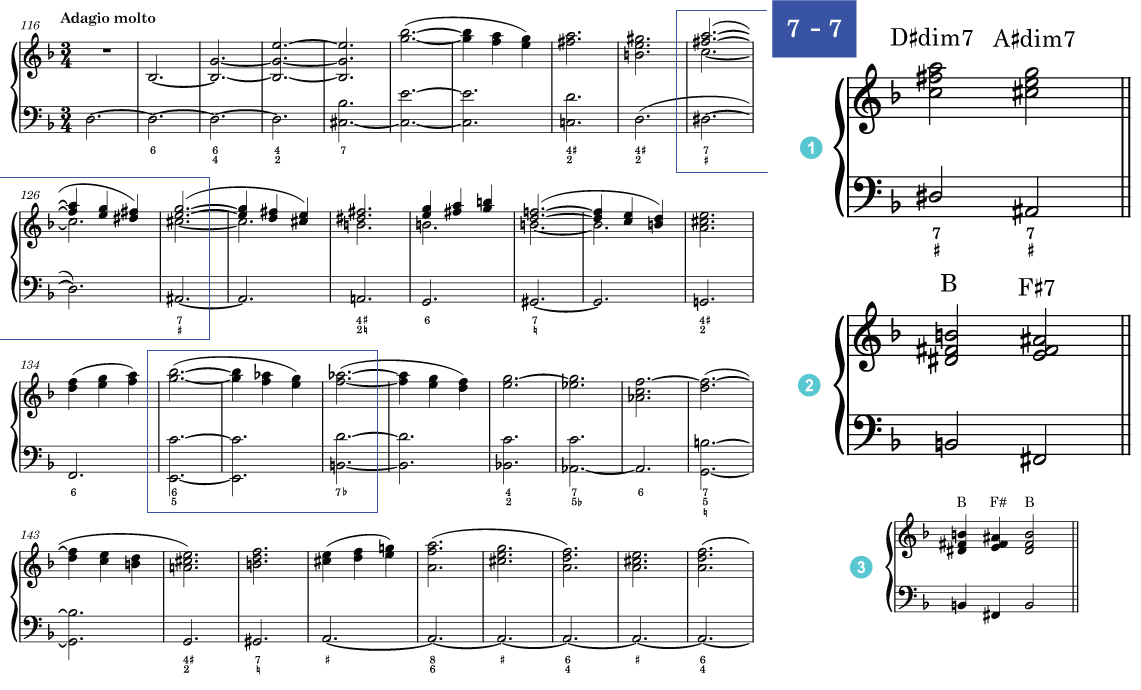 With these patterns clarified, we can analyze the movement.