This sonata is in binary form. Section A begins in F minor, modulates to A flat major, and ends in C minor. Section B visits the keys of E flat major, C minor, and B flat minor before ending in F minor.

The first eight measures serve as an introduction. We see the influence of Andalusian music with the use and variations of the Phrygian or Andalusian cadence (Scarlatti lived most of his life in Spain and Portugal). The cadence appears in its original form in measures 3 and 4 (i-VII-VI-VI-V):

This cadence is called Phrygian because it rests on the note that is the tonic of the related Phrygian mode. In Andalusian music, this note has a tonic function, and it is commonly harmonized with a major chord.

Note how the descending scale pattern is used with variations in measures 1 and 2 and 4 to 8:

Scarlatti modulates to A flat major, the relative major of F minor. The passage presents the musical idea that we will identify as motive A: 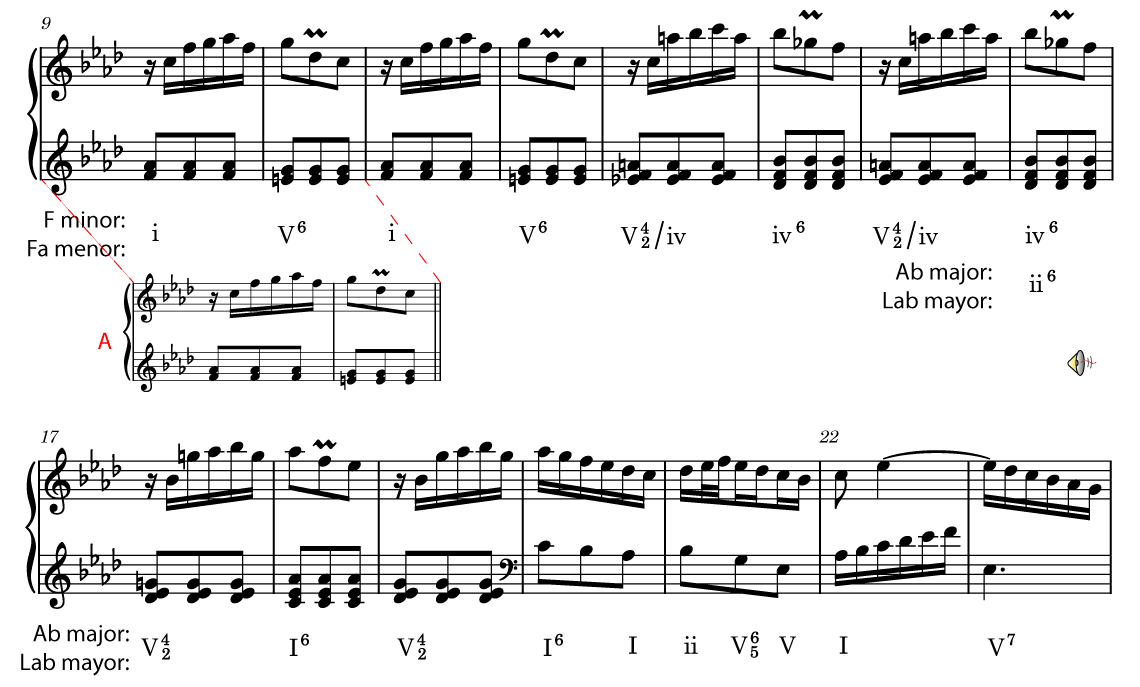 Two aspects of this passage suggest influence from Andalusian music: 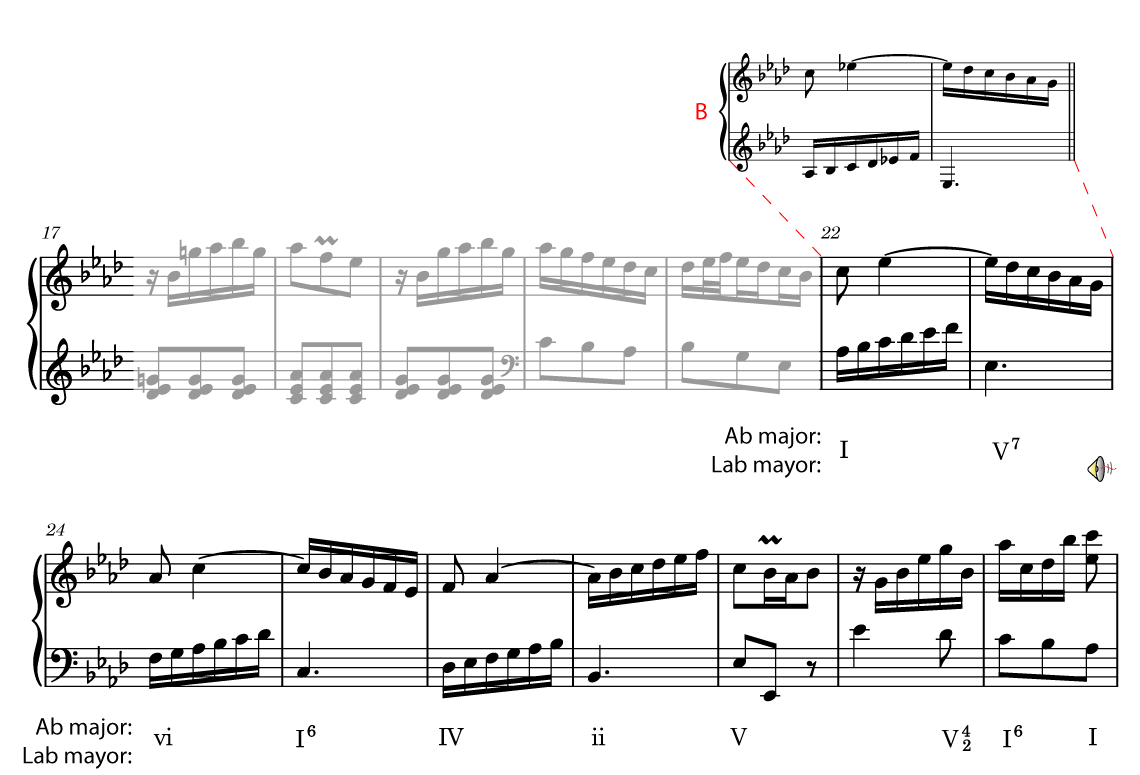 The motive C appears in measures 29 to 34 and is repeated twice:

The motive D appears in measures 35 to 46. A chromatic passage takes us from A flat major to C minor. Scarlatti varies this cycle of fifths to modulate to C minor:

How do Scarlatti's chromatic chords relate to this progression?

Here is the complete passage: 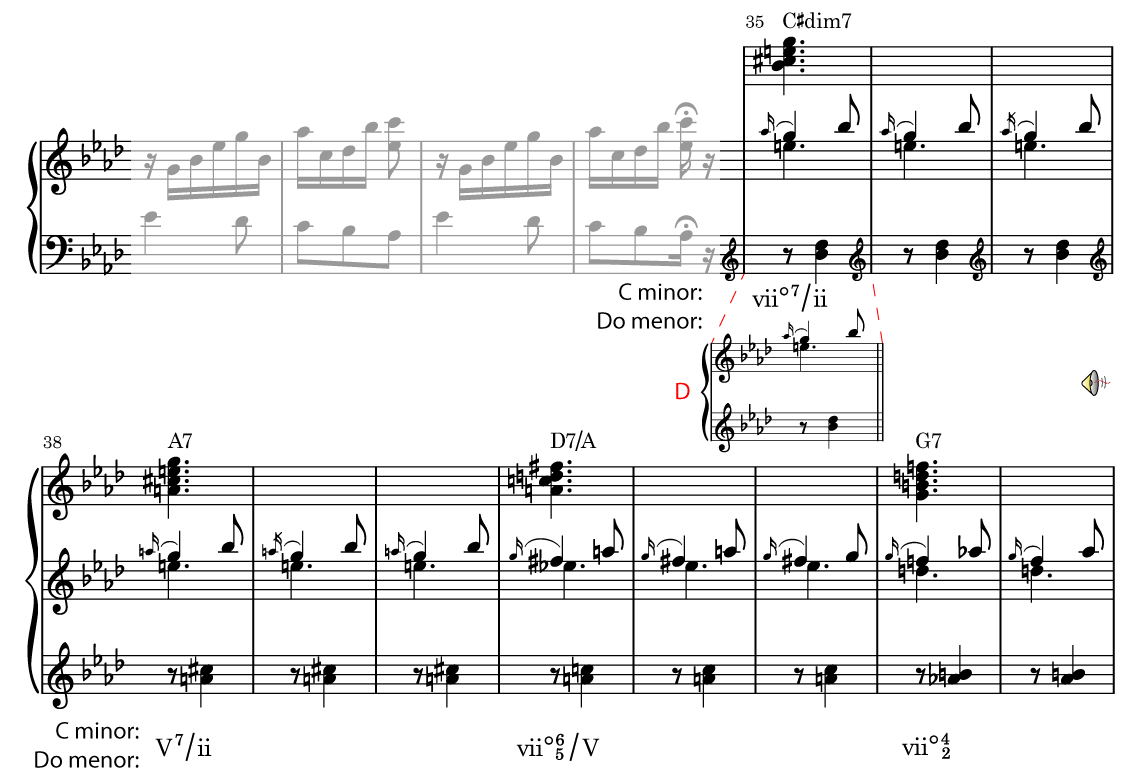 The motive E appears, and it is repeated several times: 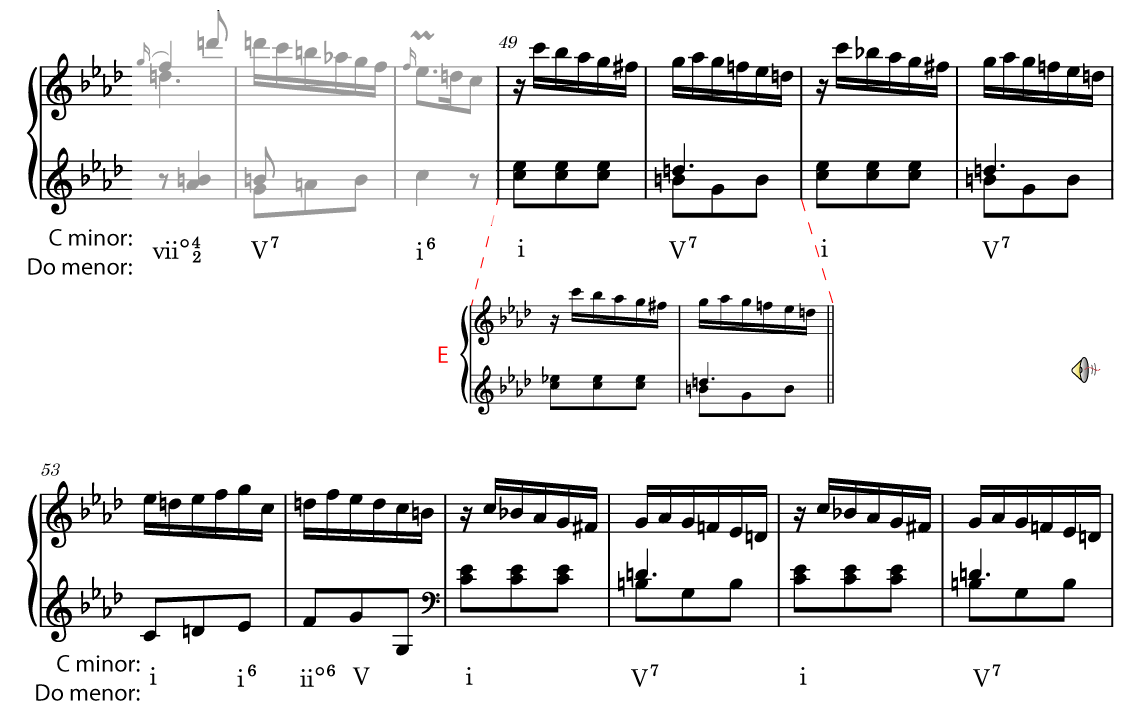 In the final measures of this section, motive D reappears, and a new motive F is presented. It ends the A section in C minor with variations of E: 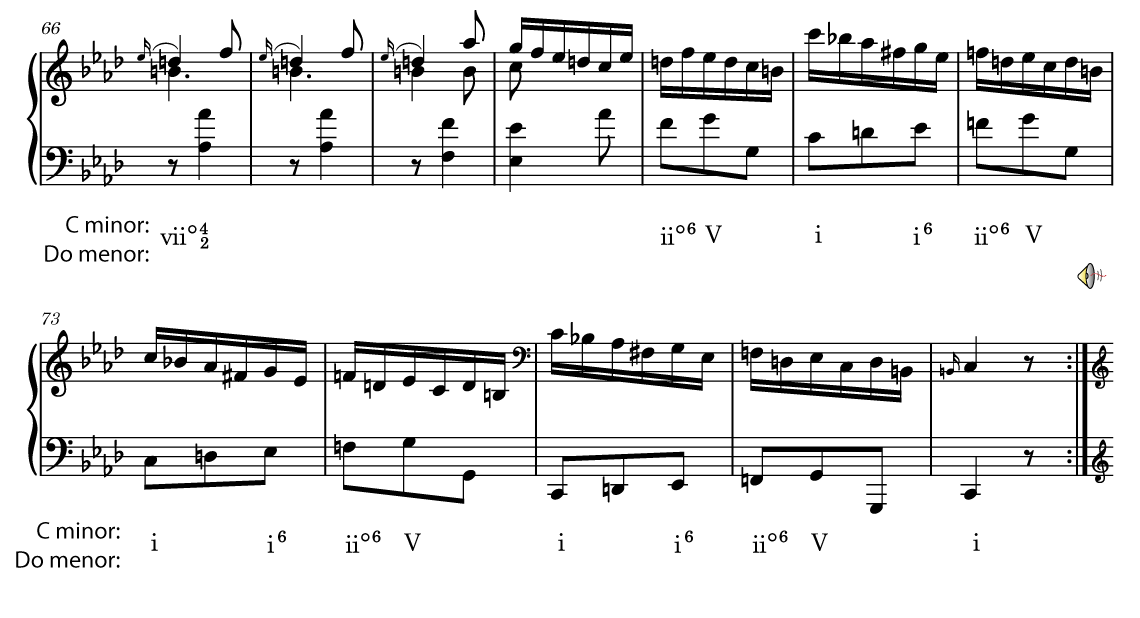 We start with an F minor's dominant chord using a variation of motive A. The process is repeated starting on E flat major from measure 84 and C minor in measure 90:

The passage uses motive A. From B flat minor, using the v degree (minor) as a common chord, we return to F minor in measure 106:

The D motive reappears. This time - despite the chromaticism - we remain in the key of F minor, which is reaffirmed in measure 131. Note that the chord in measure 118 can be reinterpreted enharmonically as the vii degree of the ii degree (F#-A-C-Eb):

Followed by motives D and F to conclude: