Prelude No. 24 in D Minor by Frédéric Chopin

Section B develops the thematic material from section A. The section starts in C minor, continues in Db major and ends in D minor.

From E minor to C minor

Section A ends in E minor and section B starts in C minor. Chopin goes from E minor to C minor in a straightforward way: by adding a flat in measure 38 to the root note of E minor, the chord functions as a C minor's augmented III degree (Eb+). The chord is followed by C minor's VII degree:

From C minor to Db major 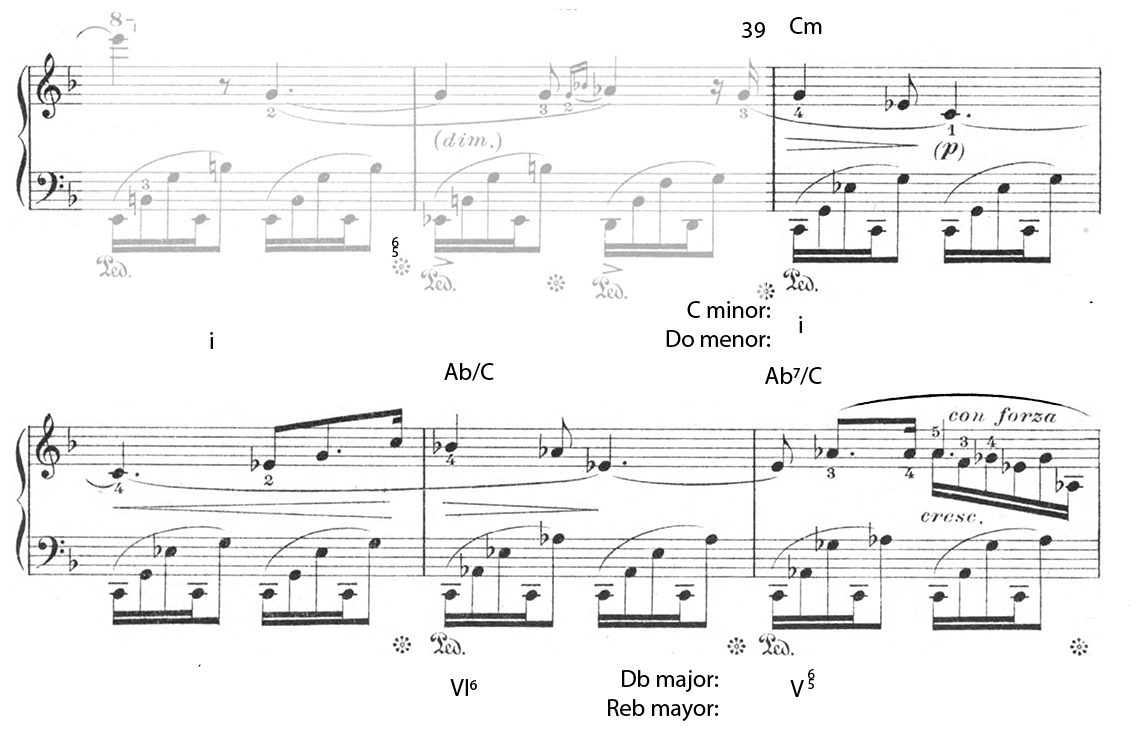 From Db major to D minor

Chopin adds a natural to the fifth of the Db major chord. The chord is now a Db augmented chord. With notes Db - F - A enharmonically equivalent of A - C# - A#, the chord is used as D minor's augmented V degree: 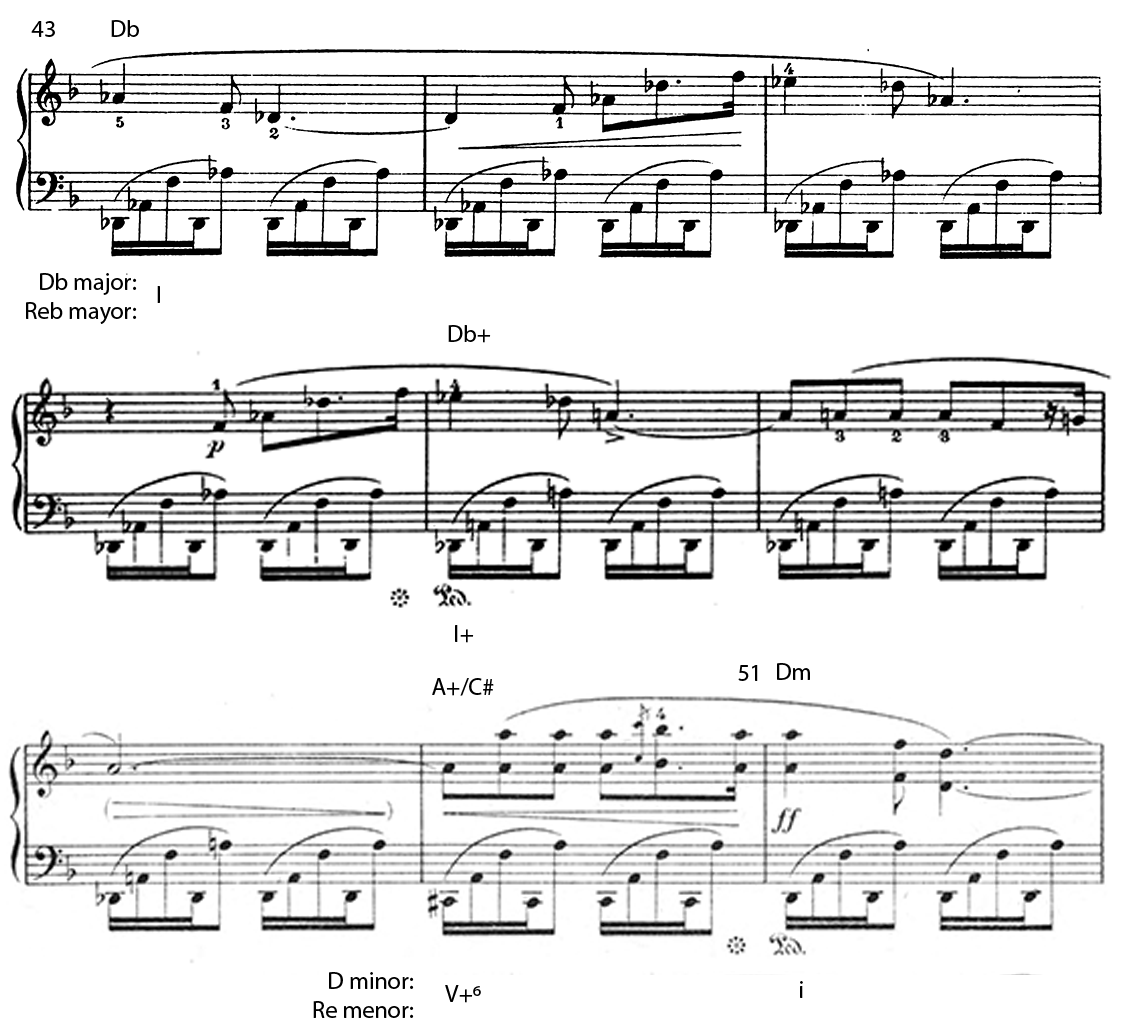 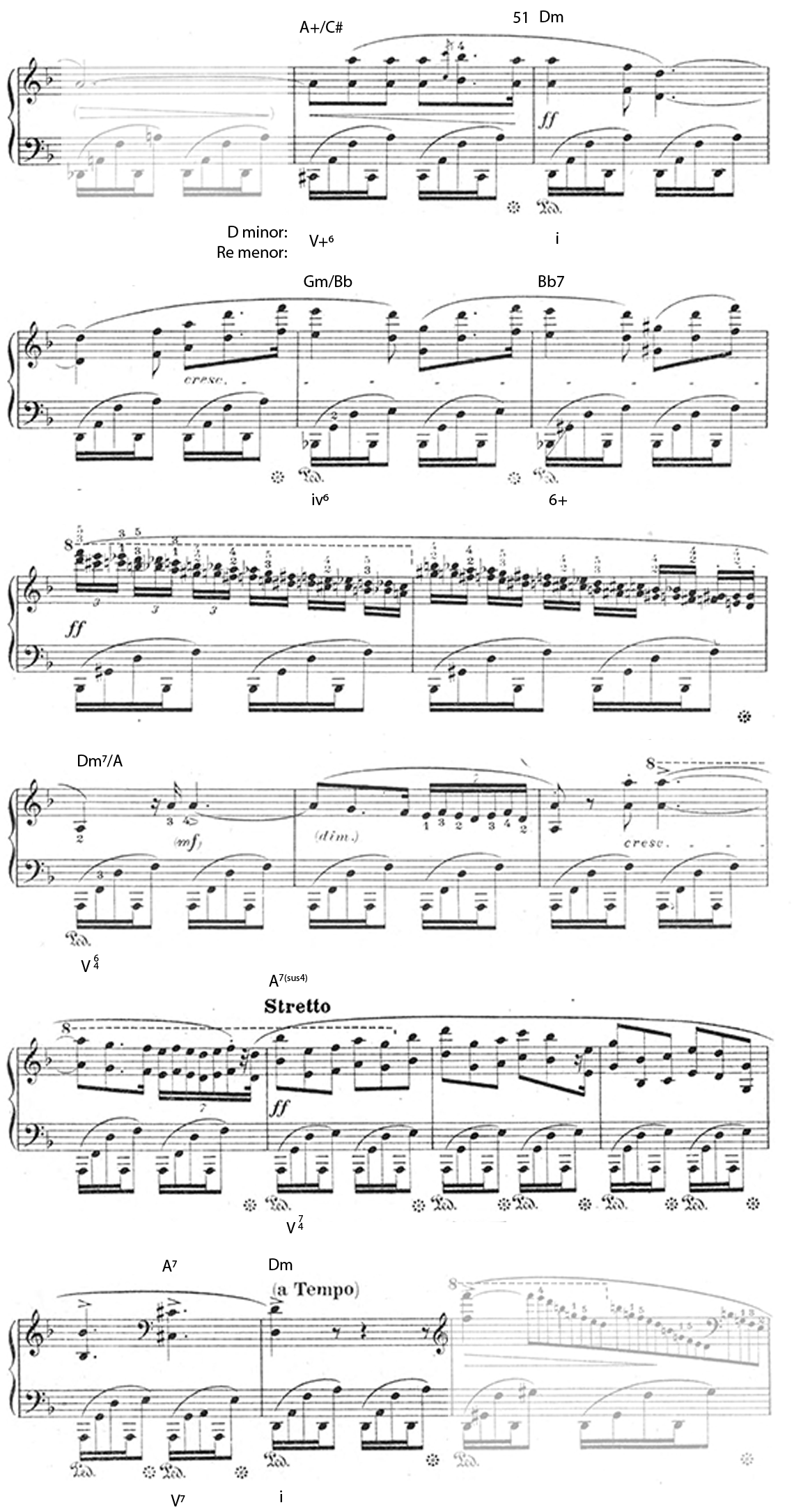