The coda starts with an eight measures phrase in Eb major: 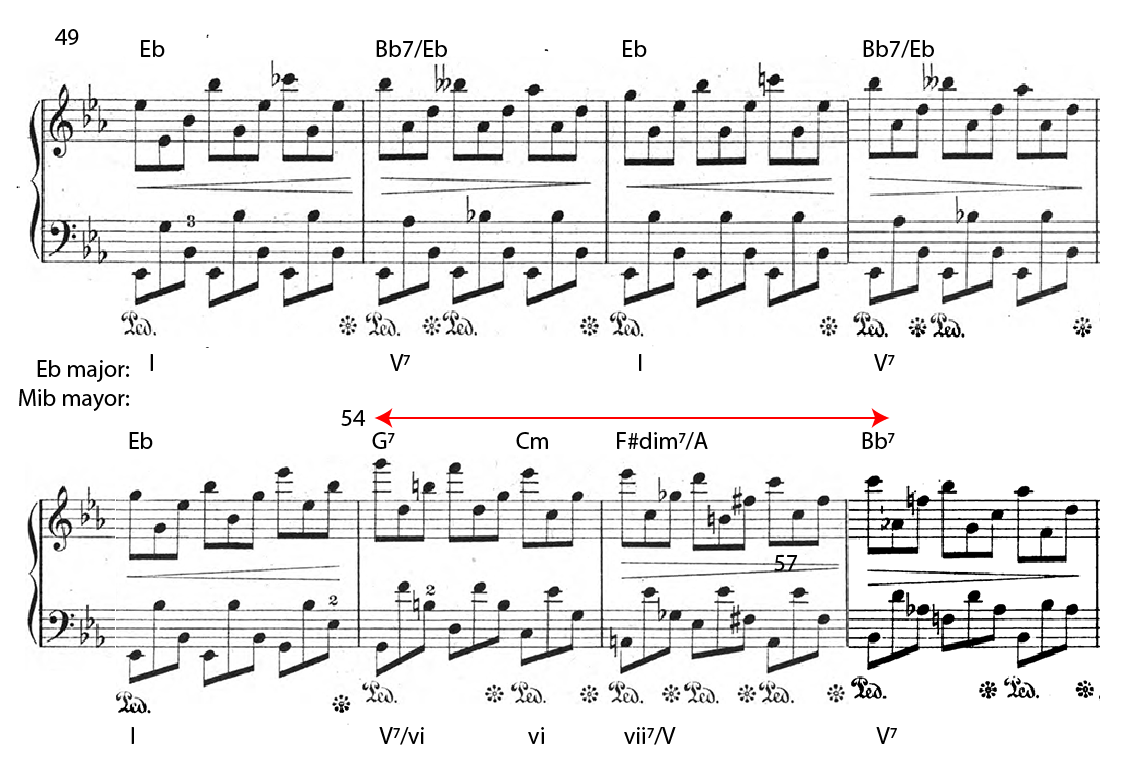 The prelude ends with a fifteen measures phrase: 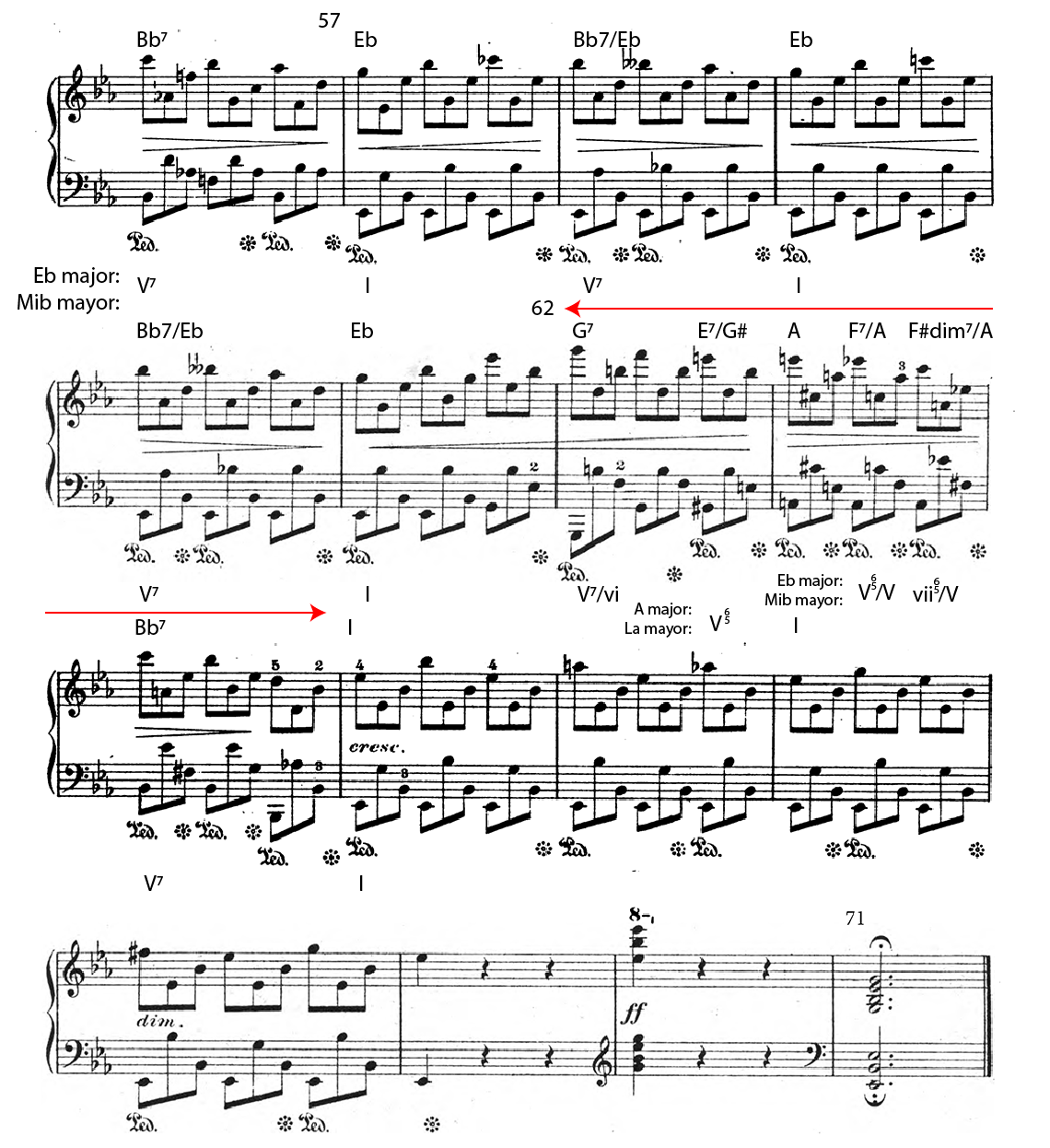 We will end this article by comparing measures 54 to 57 of the first phrase, with measures 62 to 65 of the second phrase (the red line sections in the previous examples).

In measure 54, we have a tonic harmony. Chopin needs to go to the dominant in measure 57:

In measures 63 and 64, Chopin adds chromatic, non-harmonic toned to the melodic and bass lines (in red):

How does Chopin harmonize these notes? He uses an E dominant seventh chord for the first E natural in measure 63 that resolves to the tonic A major in measure 64. An F dominant chord in the Eb flat followed by a secondary diminished seventh of the V degree in the third beat. These chord notes are maintained in the next measure and the Bb flat dominant chord does not appears until the last beat: