The prelude starts with an eight measures phrase. The harmonic analysis of measures 1 to 3: 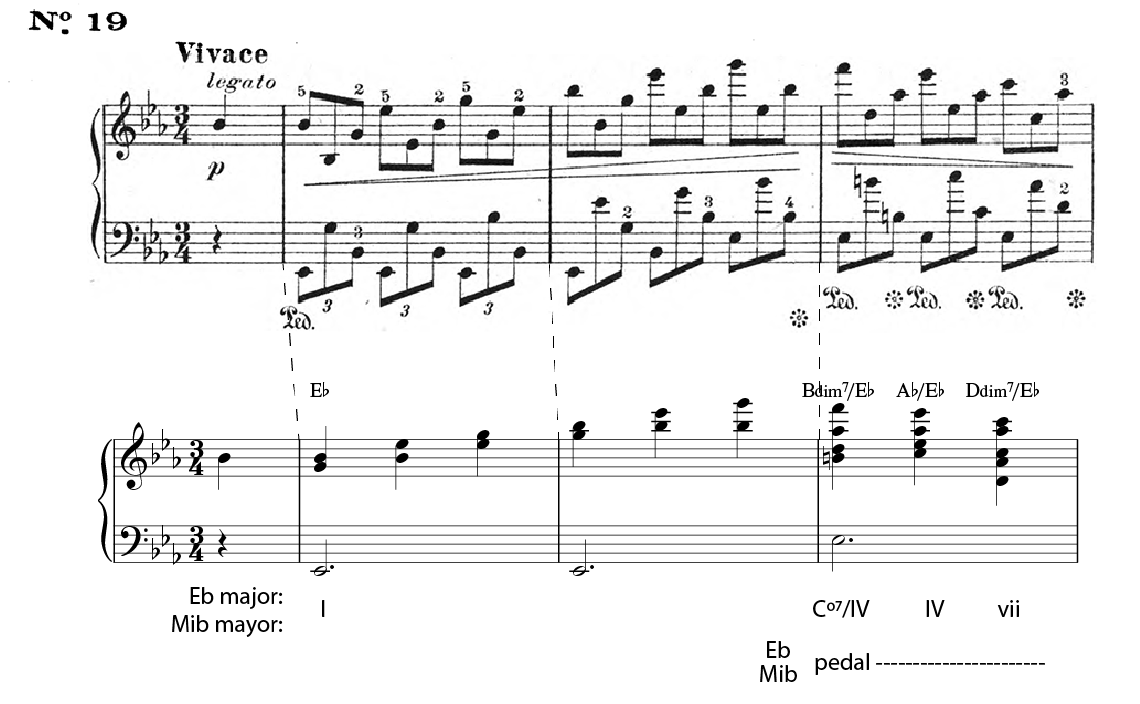 The first chord in the third measure is a diminished seventh chord that resolves using a common tone (Ab) to the Ab major chord. We use the symbol Co7 (C of common tone). The three chords in this measure are over a tonic pedal.

The first phrase ends with a semicadence. Here is the analysis of measures 4 to 8: 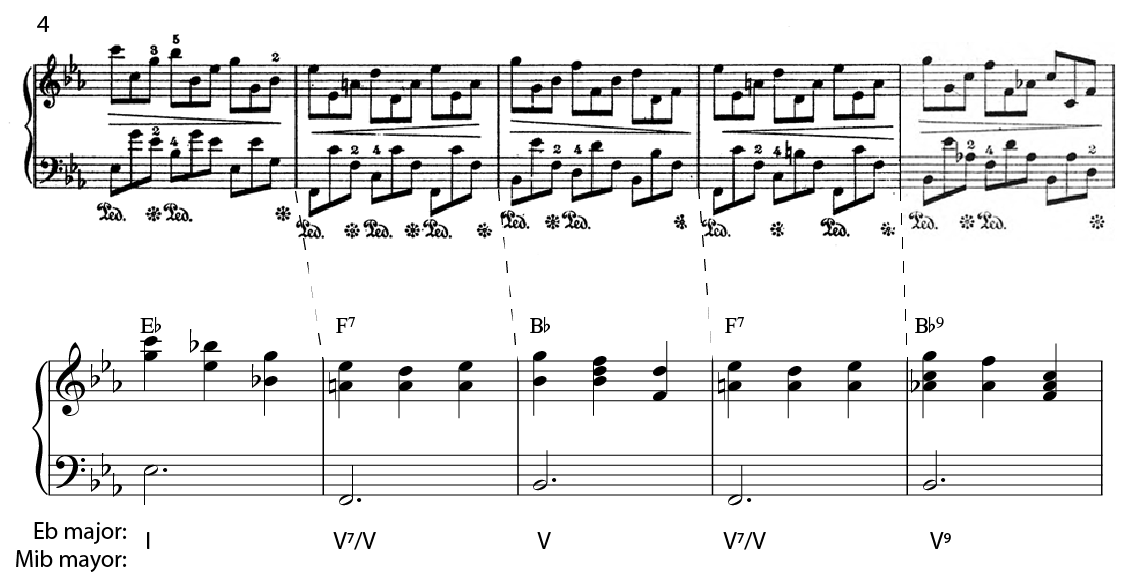 The phrase ends in the second beat of measure eight and the next phrase begins in the third beat. The note C in the melody is the ninth of the dominant chord.