Prelude No. 5 in D Major by Frédéric Chopin

Prelude No. 5 in D major begins with a four-measure introduction. It uses a 3/8 time signature, but the first measures could easily be written using a 2/8. Dominant ninth chords of D major - using both major and minor ninths - are used in the four measures: 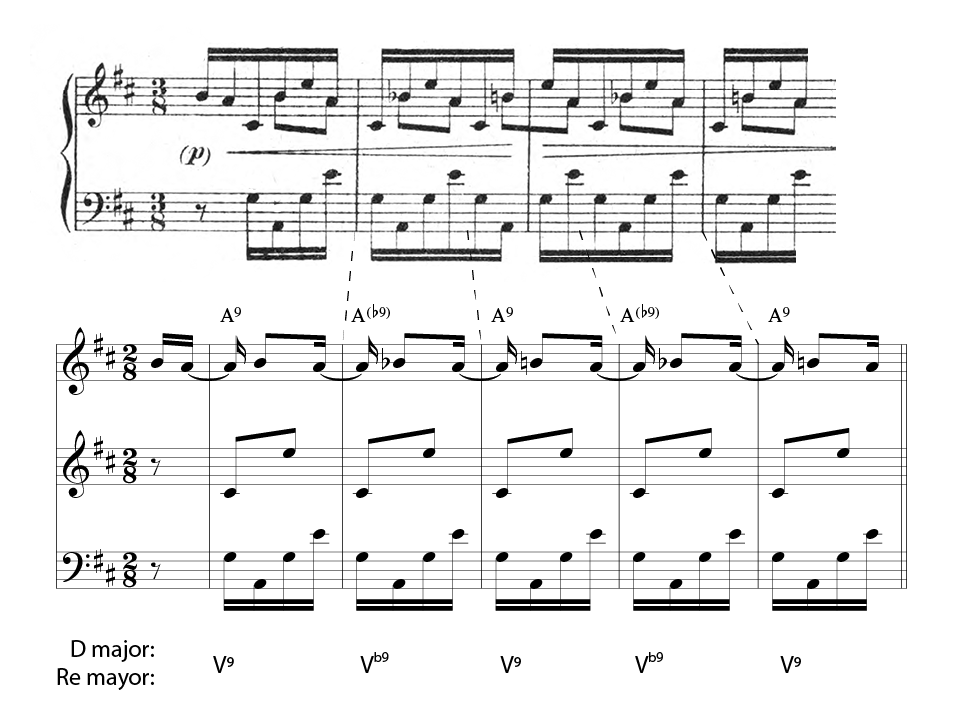 After the introduction, Chopin uses the 3/8 time signature. A short, three beats melodic idea is repeated in the keys of D major, A major and B minor with small variations:

Here is the complete passage: 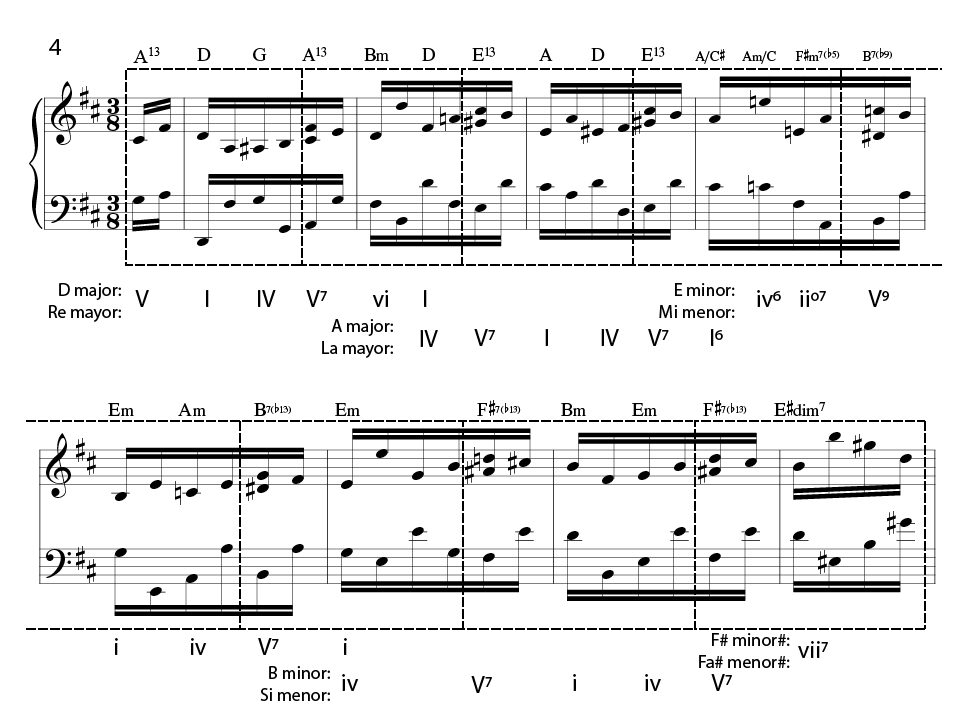 The previous passage starts in D major and modulates by fifths (D - A - E - B) before reaching F# with an unclear modality. The tonic chord is major, but the II degree chord is diminished as in minor keys. Note the use of the major ninth over the tonic chord and both the major and minor thirteens over the dominant chord:

In measure 17, Chopin resolves into an F# minor chord and repeats the introduction:

Chopin repeats measures 4 to 11 with minor variations (in red):

In measure 28, the E# diminished chord that was used as vii degree of F# minor in measure 12, is now resolved by common note to D major. Measures 13 to 16 are repeated in the D major key with small variations:

In measure 33, the introduction is repeated, this time over tonic. The major and minor ninths are now minor sixth (Bb) and fourth (G) over the tonic chord: