Prelude No. 2 in A Minor by Frédéric Chopin

Prelude No. 2 in A minor starts with a G major progression. The A minor key does not appear until the very last measures. Here are the first measures: 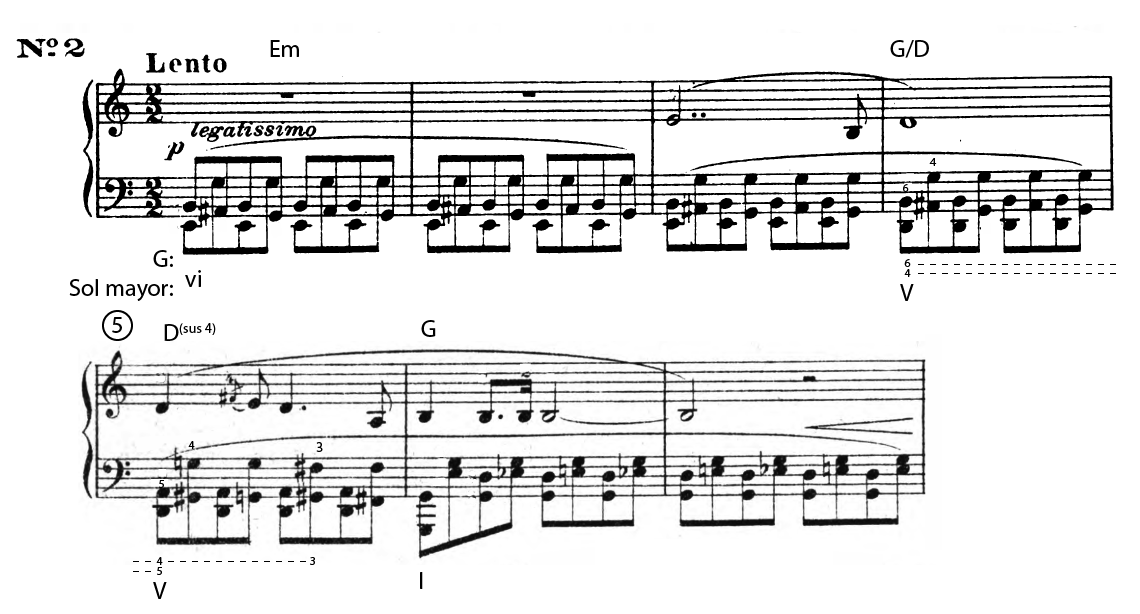 Chromatic neighbor notes (A# in measures 1 to 4 and G# in measure 5) hide the simple harmonic plan of these measures. Chopin adds the major (E) and minor thirteen (Eb) to the tonic chord in measures 5 and 6.

Follows the basic harmonic plan of this section:

The VII/V changes into an Italian augmented sixth chord in measure 14 and then an A minor tonic chord in second inversion (or a V 6/4 if you prefer). The expected dominant chord is never heard. A somewhat ambiguous chord appears in measure 16: A minor with an F as appoggiatura or an F major seventh chord in third inversion?

The absence of chords in some of the measures that follow makes the harmonic analysis somewhat uncertain. Finally, we arrive at the A minor key in the last three measures: 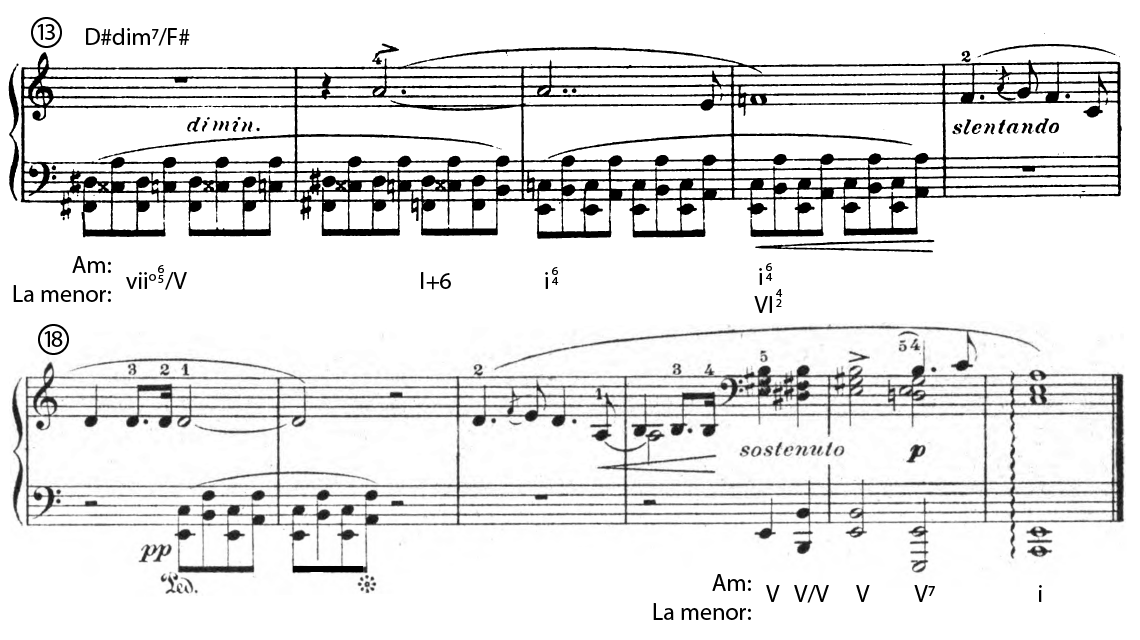